1、Some days the sunsets would be purple and pink. And some days they were a blazing orange setting fire to the clouds on the horizon. It was during one of those sunsets that my father's idea of the whole being greater than the sum of its parts moved from my head to my heart.

3、The way she talked about what it felt like to be up in that tree to be held above the earth, brushed by the wind. Who in junior high talks like that? This weird feeling started taking over in the pit of my stomach and I didn't like it.

4、Sherry Stalls was nothing but a whiny, gossipy, backstabbing flirt. All hair and no substance. And there she was holding hands with Bryce. My Bryce. The one who was walking around with my first kiss.

5、Some of us get dipped in flat, some in satin, some in gloss. But every once in a while you find someone who's iridescent, and when you do, nothing will ever compare.

6、The next thing I know, he's holding my hand and looking right into my eyes. My heart stopped. Was this it? Would this be my first kiss?

7、- And she's been stalking me since the second grade.- Well, a girl like that doesn't live next door to everyone.

8、The first day I met Bryce Loski, I flipped. It was those eyes, something in those dazzling eyes.

9、One's character is set at an early age. I'd hate to see you swim out so far you can't swim back.

10、Sometimes a little discomfort in the beginning can save a whole lot of pain down the road.

11、And I realized Garrett was right about one thing: I had flipped. Completely.

12、The higher I got, the more amazed I was by the view.

13、The apple doesn't fall far from the tree. 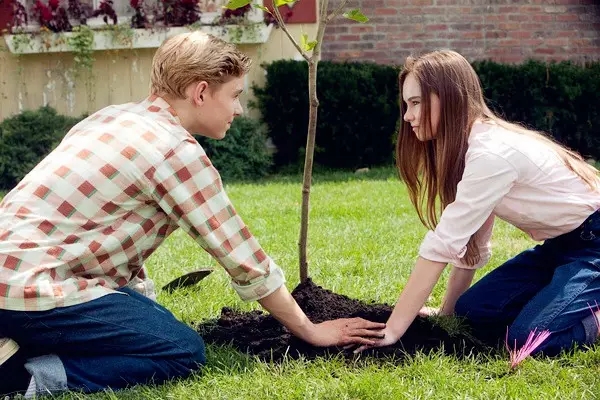